How To Handle Family Exploitation “My brother moved in our Mom’s house last year to take care of her. She was 88 and fearful about being moved into a nursing home.  He did not have a place to live, so she agreed to let him move in so she could remain in her home. My sister and I were unaware of this arrangement and became immediately concerned since he had a history of gambling and no money, job, or income.

Suddenly our brother had a new car and boat in driveway although he is unemployed.  My sister and I reviewed our Mom’s finances to learn our brother had received checks totaling $30k.  We confronted our brother and discussed the situation with Mom. She indicated she vaguely remembered him needing funds to purchase items for the house but couldn’t remember the checks written, amount, or for what.  She stated she simply signs the checks he puts in front of her.

Unfortunately, our Mom passed away on Saturday leaving all assets, $130k, to my sister, brother and me in equal shares. Is there anything we can do about this problem?” 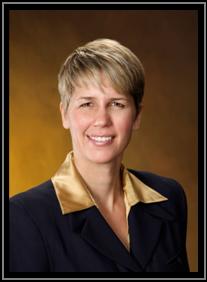 Once again this is a classic scenario of criminal and civil exploitation.  A criminal prosecution can still proceed after the victim has died, although it can be more difficult to establish evidence in the case.  It is not impossible and filing a complaint with the state attorney’s office is always encouraged.

A civil lawsuit which may include treble damages can also proceed—an estate can sit in the position of the deceased victim—a recovery may include three times the actual damages which is 90K.  The real rub is that the brother would get one-third of that!

It’s difficult to proceed with these types of cases after the victim has died.  It’s not impossible, but the risks are that the brother has already expended the funds, the costs of litigation are substantial, the case is more difficult to proved because the mom is dead as well as the problem with recovering the funds only to pay one-third back the  brother.

However, there has been a new attempt to deal with this issue that appears to be epidemic. A new expansion of the Slayer statue/rule has become a hot legislative topic. The Elder Law section of the Florida Bar has appointed a special committee for this very common problem of family exploitation to find solutions.

Overview Of The Original Slayer Statute

Florida adopted the Uniform Probate Code’s version of the Slayer Rule in 1982, and provides that an individual who feloniously and intentionally kills the decedent forfeits all benefits under this Article with respect to the decedent’s estate, including an intestate share, and elective share, an omitted spouse’s or child’s share, a homestead allowance, exempt property, and a family allowance. If the decedent died intestate, the decedent’s intestate estate passes as if the killer disclaimed his [or her] intestate share.

An Expansion Of The Slayer Statute For Exploitation

Just like the original Slayer Rule disinherits the heir or beneficiary who has killed the decedent, the elder abuse Slayer Rule disinherits the heir or beneficiary who has abused the decedent. The public policy behind expanding the Slayer Rule is to prevent perpetrators of elder abuse from profiting from their wrongdoing. The perpetrator will be deemed as to have predeceased the decedent or to have disclaimed his or her interest in the decedent’s estate. As previously mentioned, family members are usually the perpetrators of elder abuse and the expansion of the Slayer Rule will work effectively to penalize abusers to prevent family exploitation. The expansion is effective because family members are the ones to inherit under a state’s intestacy laws and in many instances are beneficiaries under the decedent’s last will and testament. Some perpetrators are motivated to commit financial abuse in order to purposefully modify the victim’s estate plan. Others purposefully engage in abuse in order to speed up the victim’s death so they can inherit. As the Slayer Rule is applied to cases of elder abuse, the wrongdoer is accordingly punished while the future abuser is deterred from committing elder abuse.  Read the full review: https://lawpublications.barry.edu/barrylrev/vol22/iss1/6/

Although Florida has not adopted the expanded Slayer Rule for Exploitation, the process is underway for our state to provide another tool to protect the elderly. The Miller Elder Law Firm will continue to bring you legislative updates. Please subscribe to our newsletter here.